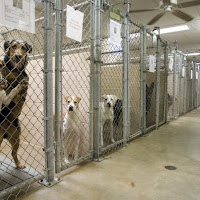 According to the Missouri Alliance for Animal Legislation, the 2013 Missouri session will include legislation attempting to right a wrong for animal shelters in the state of Missouri.

Senator Kurt Schaefer (R), Columbia, and State Representative Noel Torpey (R), Independence, intend to introduce legislation which will exempt animal shelters and rescues from license fees. These charitable entities have been exempt from paying a license fee in the past in recognition of their important role of keeping stray animals off the streets and protecting the public from disease and other health problems that result from the irresponsible acts of others.

Unfortunately, in 2010, the Missouri legislature extended fees for commercial breeders and kennels to non-profit animal shelters.

Senator Schaefer and Representative Torpey's bills would reverse this onerous tax and would once again exempt shelters and rescues which provide a community service. This will allow such entities to dedicate all of their assets to the care of animals.


This legislation also contains language that would address the issue of individuals selling dogs for a profit and claiming to be a rescue. It would give the Director of Agriculture the authority to deny or revoke a license of any animal shelter, "if it is determined by the Director that the applicant or the licensee unreasonably profits from the charges for adoption or sales of the animals." Hopefully, this will help rein in the problem of unscrupulous breeders and sellers of dogs masquerading as rescues.
Posted by Talking-Dogs at 2:30 AM