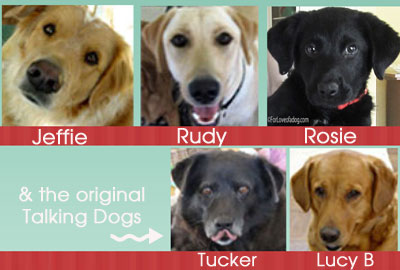 Here I am, Sue, the author of the Talking Dogs blog.  The same Sue who designs and hand crafts dog, cat and horse jewelry at For Love of a Dog.  I'm plowing with Tim and Tom, our Belgian draft horses, and not doing a half bad job of it.  Yes, we farmed with horses.  Why?  Just because we liked it.

Here's Gary, mowing hay with our mules Bonnie and Clyde.  Gary grew up on a farm, moved to the city, and dreamed of a farm.  Sue grew up in the suburbs, lived in the city, and was blindsided by Gary's dream.  Today we both enjoy country living, aspire to be good stewards of the land, and find we are happiest when we're with our animals.
We also enjoy restoring old houses.  Sue's favorite: a 1905 Kansas City shirtwaist.  Gary's favorite: a 1756/1791 Virginia plantation manor.  Our favorite rides:  Sue's 1968 Volvo Amazon named Xena;  Gary's 1968 Volvo 1800, the silver bullet. Our very favorite animals:  dogs.

You can read more about the people and pet of Talking Dogs at For Love of a dog here.

Tucker was a stray that showed up on our front porch in Virginia on December 30, 1997.  He was about 7-8 weeks old, cold, injured, sick, and pretty much a mess.  In the early days of this blog, it was Tucker who barked the news.  After two ACL surgeries and a whole lot of living, in later years he preferred napping and patrolling the homeplace.

This Dog Song Saturday post was in honor of Tucker, who passed away on October 7, 2011.   The 14 years we were blessed to have with him were much too short.  You can read Tucker's obituary here and our Talking Dogs tribute to Tucker here. 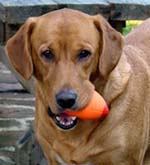 Lucy joined us in July 1998 when she was just 5 weeks old.  The product of a neighboring Golden Retriever who had a rendevous with another neighboring Labrador Retriever, Lucy's human guardians decided to ween puppies at 5 weeks.  She was Sue's handmaiden, constant shadow and heart dog.  It is Lucy who graces the For Love of a Dog logo.  Lucy passed away from heart failure on February 21, 2012.  Losing my Heart Dog Lucy is my tribute.  The Dog Daddy wrote Still Missing an Old Friend. 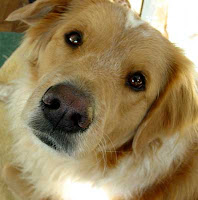 Discovered on PetFinder, we adopted Jeffie from Dogwood Animal Shelter when he was 8 weeks old.  Named after Thomas Jefferson (or Jefferson Davis, depending on how you feel about the War of Northern Aggression), his mama was a Golden Retriever.  Given his flying disc skills and herding inclination, we suspect Jeffie's daddy was a Border Collie. Jeffie passed away in October 2015 from Lepto. 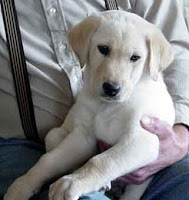 Rudy joined us in December 2010 and was one of the pack immediately.  He is the product of an unspayed young yellow Labrador Retriever and a neighboring chocolate lab.  His very best friends are Jeffie and Skeeter (our cat) and he worshiped Lucy. In Tucker's last days on earth, Rudy could often be found laying next to Tucker as if to give him support. 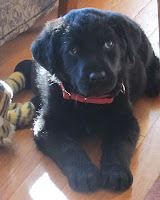 In January 2013 we adopted a new puppy from Dogwood Animal Shelter.  Rosie is a Golden Retriever / Labrador Retriever mix who was 8 weeks old when she joined us.  She's certainly going to lead our rowdy retriever boys on a merry chase! And she's pretty darned cute in her new sweater!

Look at more photos of the Talking Dogs and their animal friends !

Talking Dogs Blog began as the official blog of For Love of a Dog Jewelry and Gifts.