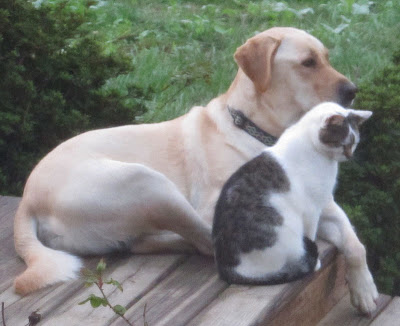 Rudy checks the yard to the west while Skeeter makes sure nothing's sneaking up the steps. 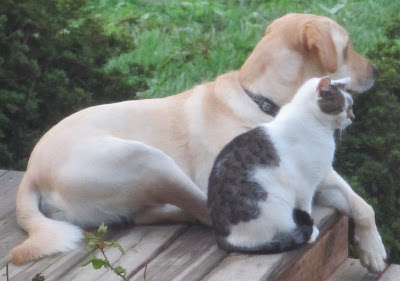 Keeping an eye to the south, Rudy is vigilant.
Skeeter... not so much.  Looks like she's falling asleep. 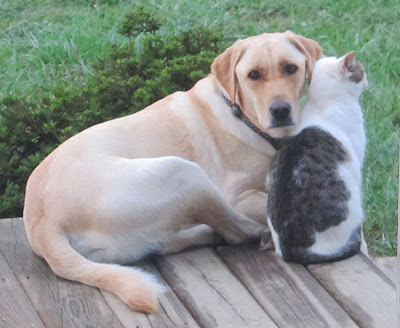 Rudy has spied the mama.  Skeeter catches a quick nuzzle. 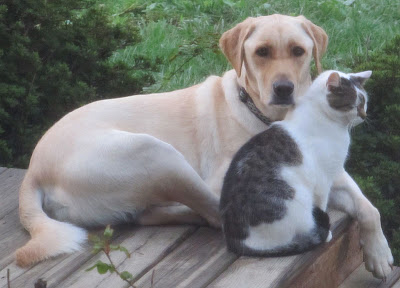 If these photos look a bit familiar, it's because I've posted similar ones previously.  This is a very common scene here at our house.  Rudy and Skeeter love to lounge together on the deck.  Sometimes there's a bit of grooming, but mostly they just cuddle close and survey their kingdom.

Where's Jeffie, you ask?  While these photos were being taken, Jeffie was by my side trying to figure out what was going on.