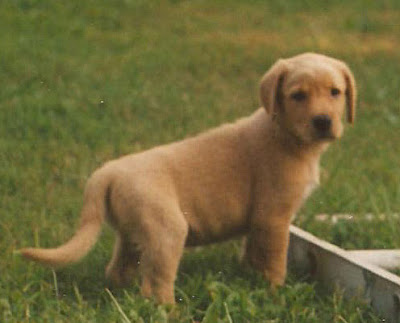 Today we have another guest post by the Dog Daddy at our house.

We were living in Virginia and down to only one dog. Sue had a serious case of  “puppy fever” and we heard that a neighbor’s golden retriever had given birth to a new litter which the family needed to give away. We drove over to take a look and see if one of the pups “spoke” to us.

We found 7 beautiful golden fur balls. We were having a hard time deciding until Sue picked up Lucy. Lucy started to cuddle up to Sue’s neck and moan and groan. Sue had found herself another “talking dog.” 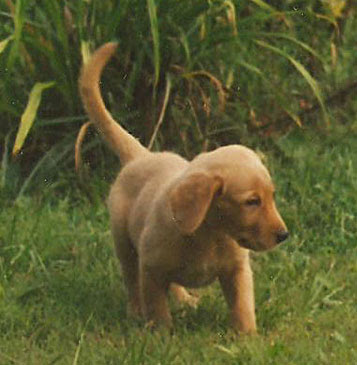 We learned that the daddy was a deep chested black lab from the neighborhood. Lucy grew to have her mother’s sweet disposition and golden color and her father’s coat of Lab hair and his short legs and deep chest. 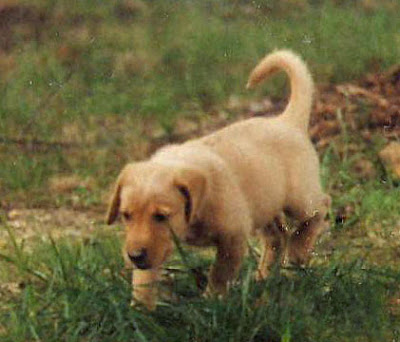 Lucy’s first job was as our “shop dog.”  We owned an antique shop in a small courthouse town at that time and Sue was the shopkeeper. Sue took Lucy along to the shop every day where Lucy would sleep under the desk.  She greeted customers and won them over with her loving puppy skills.

This was a great socialization experience for Lucy, but she never became that dog who loves everyone. Lucy was very discriminating. If you hung around long enough she may accept your presence but she only truly loved very few and one especially.

At times I even felt that she did not love me. She did, of course, but she always preferred to be with Sue.  Unless I was in the kitchen baking. Then she would stick around knowing that there were good things to come.

Lucy was also our best “road dog” ever. She was always ready to get into a vehicle and go. When she was only a few months old we traveled cross country to help Sue’s mother move. Sue flew ahead to start packing.  Lucy and I came in the pickup truck pulling a trailer.

Lucy did not like not being able to see out so she would climb the seat until she was lying between the seat top and my neck. This is where she spent most of the trip.

At home in Virgina, Sue made frequent trips into town to go to the bank, post office or other errands and Lucy was always with her. She had a special love for the bank because they gave dog treats to canine passengers. 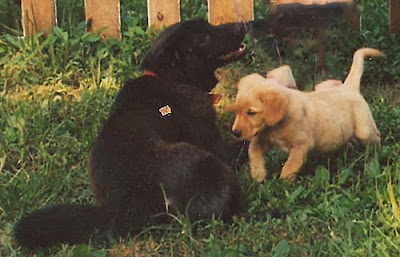 Lucy and Tucker became fast friends and eventually became the original “Talking Dogs” for which this blog is named. They loved to run and play in the yard however Tucker was faster than Lucy with her short legs and she would eventually tire of being run over and rolled by him and would sit and snarl to let him know the game was over. They also loved rousting around our 3 story, colonial era home.

We have an antique couch which was given to Sue by her mother. This became Lucy’s napping place as it was one of the few pieces of furniture we allowed dogs on. She loved to get away for a nap and curl up on it. Any time Lucy was not with Sue we knew where to find her.

When Sue began designing jewelry and selling it over the internet. Lucy began her next career as our “Design Diva” as Sue called her. From the shop to the studio to the computer work, Lucy was Sue’s constant companion. The bond between them was the strongest I have ever seen.

When we moved to Missouri we bought bare land and lived in a 26 foot RV trailer for over a year while we built our house. Two adults, two dogs and a cat in a trailer became more of a bonding experience for all of us. I was mostly at work or working on the house and Lucy stayed forever at Sue’s side.

Lucy refused to use those little metal steps on the trailer and instead would bound in and out. This is when her hips started to go bad. We finally moved into our new house and finished Sue’s studio which is now in a separate building in the back yard. 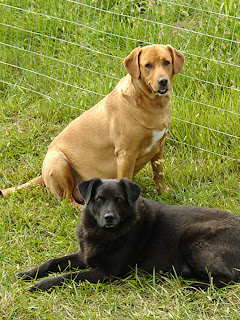 Lucy and Tucker were both beginning to really slow down by the time Jeffie came to live with us. The old couch became too much of her hips to take and eventually it became Jefffie’s napping place. Lucy accepted Jeffie but never became great buddies with him. 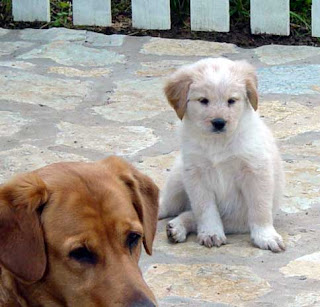 When Rudy came to live with us it was a different story. We were a little hesitant at first as to how she would react. Lucy accepted Rudy from the beginning and really enjoyed being around him, and he loved her too. I think she saw Rudy as the son she never had. 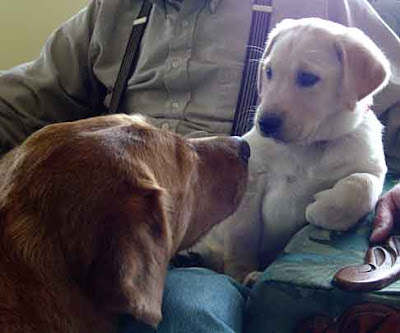 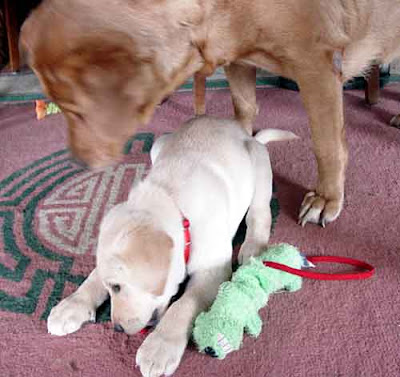 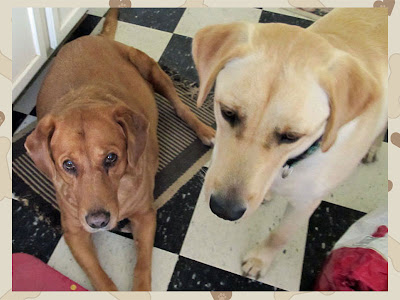 Until the end of her life Lucy never left Sue’s side. If it was a long day in the studio, a longer day on the computer, or in the bedroom at night - wherever Sue was, you would find Lucy. 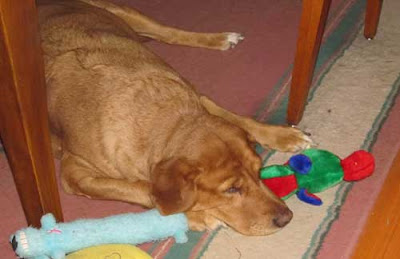 Sue often talks about having a “heart dog” and how she wishes that everyone could find at least one in their lifetime. Sue found hers.

Even though Lucy is now resting in the back yard,  she is still - and forever will be - at Sue’s side. 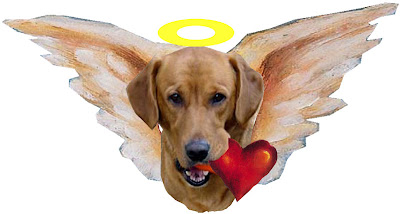