Mischief Monday: Too Much Party Punch? 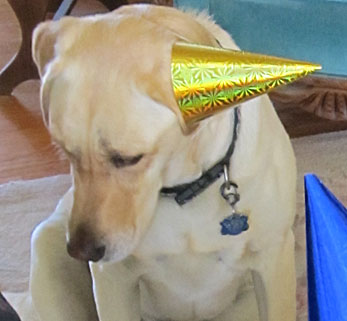 Rudy may have had a bit too much punch
at Jeffie's birthday party...

Hopefully, he'll sober up in time for tomorrow's
dog treat review and giveaway!

About the only mischief we managed this weekend was to do some taste testing of new dog treats.  The "photo shoot" was pretty hilarious since all three dogs wore party hats.  Jeffie, Rudy and Rosie were very well behaved, so I'd have to say it was the humans making mischief in this case! 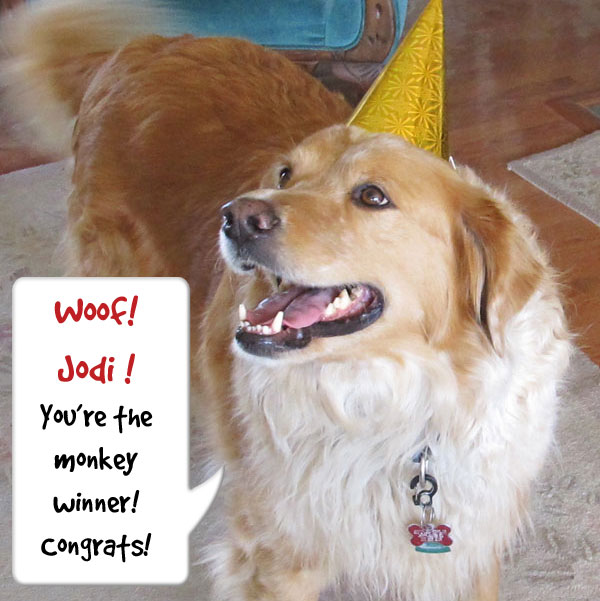 Jeffie is excited to announce the winner of the Monkey giveaway!  Jodi was selected at random via Rafflecopter as the winner of the For Love of a Dog monkey earrings and Skinneeez Big Bite dog toy!  Congratulations, Jodi!
Posted by Talking-Dogs at 2:30 AM