Missouri: A Dangerous Place for Animals 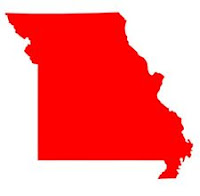 There's bad news for animals and animal lovers in Missouri.  According to the Missouri Alliance for Animal Welfare, the Missouri House of Representatives has a message for voters:  Don't even think about voting to protect animals.

Named the "Right to Farm,"  HJR 11 was originally intended to repeal the recently passed Canine Cruelty Prevention Act (CCPA) which improved standards of care for dogs house in commercial breeding operations. The CCPA has been responsible for closing down close to 1,000 puppy mills.

Here's what the Missouri Alliance for Animal Welfare had to say:


"While most people are excited about our accomplishments to protect animals from abuse and neglect, too many in the Missouri House are determined, once again, to place Missouri in the forefront of animal cruelty.

"After weeks of intensive lobbying on the part of the Alliance, an amendment was instered into HJR 11 just seconds before the House voted on it.  This amendment fortunately preserved the Canine Cruelty Prevention Act.

"This was a huge victory as it ensured that the new regulations on dog breeders mandating veterinary care, increased living space, no wire flooring, and access to the outdoors will remain in effect.

"Unfortunately, HJR 11, as passed in the House, while preserving current laws to protect dogs, would prevent future citizens' initiatives to improve conditions for dogs, cats, and farm animals.  It would also eliminate current local restrictions on factory farms.

"While we are thankful that current laws for companion animals are preserved, the need for future ballot initiatives to improve animal welfare in the state is of critical importance. Our current cockfighting prohibition was enacted into law only by a ballot initiative after years of the legislature failing to pass a law criminalizing this barbaric activity. Our recently passed Canine Cruelty Prevention Act, which dramatically improved standards of care for breeding dogs, only came about as a result of the Prop B ballot initiative which raised the issue of puppy mill cruelty and pressured the legislature to finally act on this important issue."


Meanwhile, the fight continues in the  Missouri House of Representative,  where there are serious efforts underway to weaken our current cruelty statutes and even eliminate the position of Director of Agriculture in retribution for Dr. Jon Hagler's efforts to enforce the Animal Care Facilities Act and the Canine Cruelty Prevention Act.  Unfortunately, the House of Representatives has become a dangerous place for animals as many legislators are determined to seek retribution for the closing down of so many Missouri puppy mills.