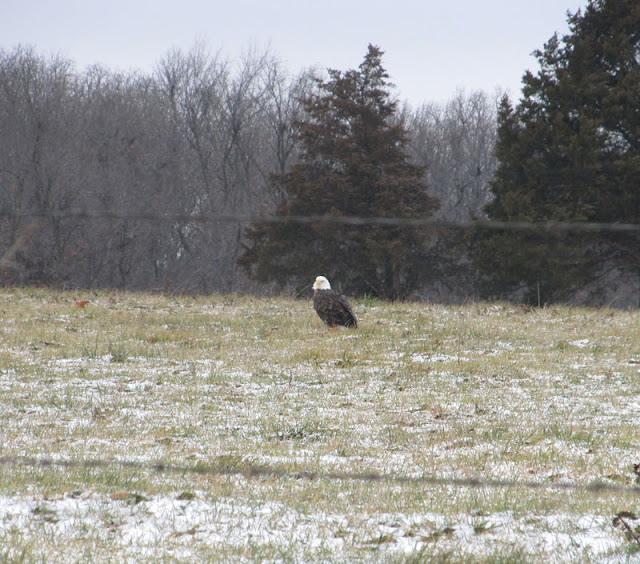 The snow had stopped, but the high winds continued to blow.  My mail crew - Jeffie and Rudy with their Dog Daddy driver - had driven up to the road to check for mail.
They were in high spirits when they came back to the house.
"Hurry!" yelled the Dog Daddy.  "Get your camera!"
I grabbed the camera and my coat, hopped into the car and above is the scene that soon greeted me. 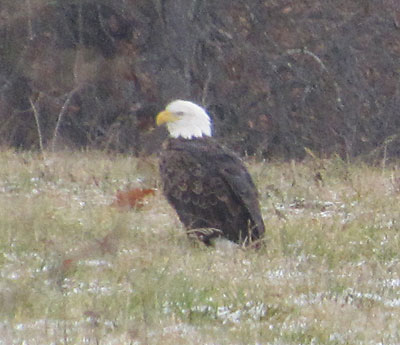 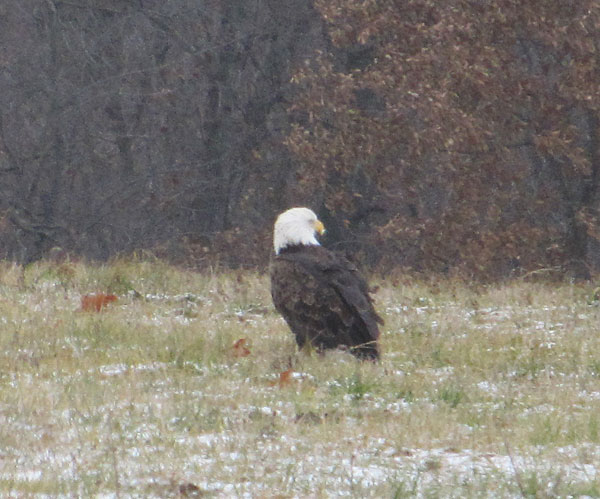 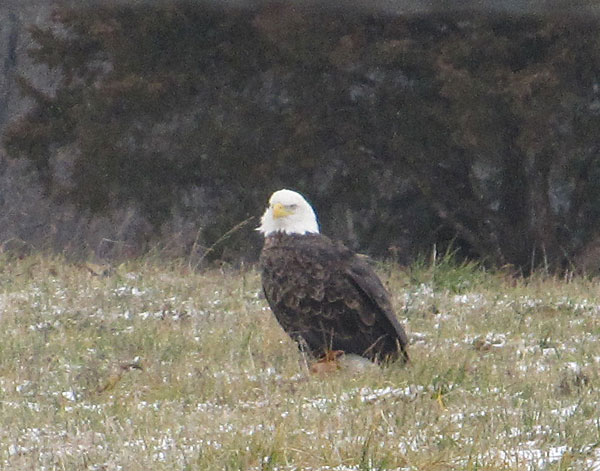 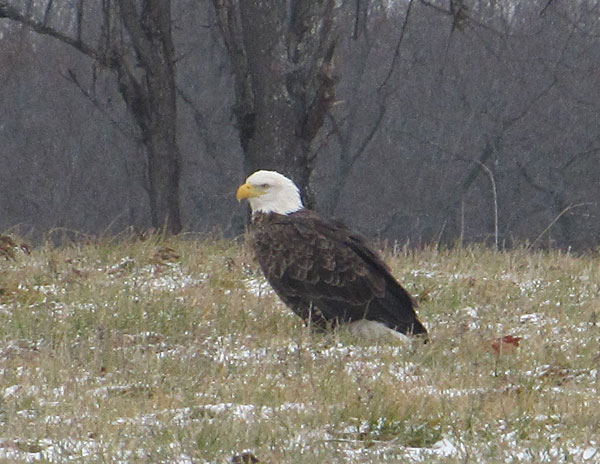 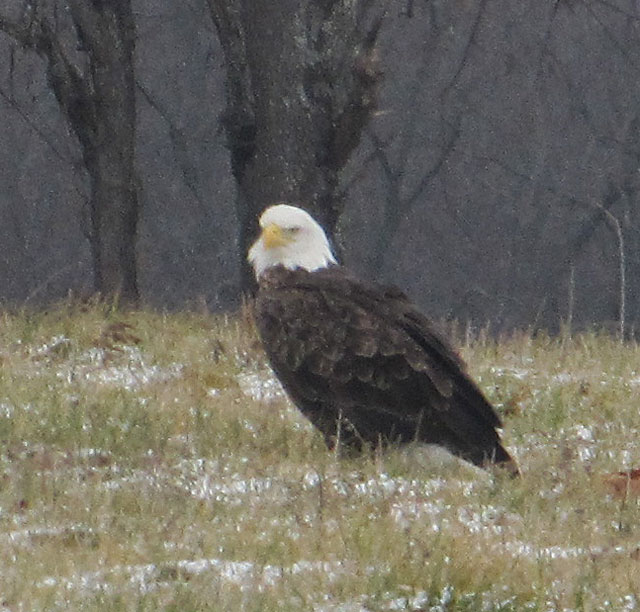 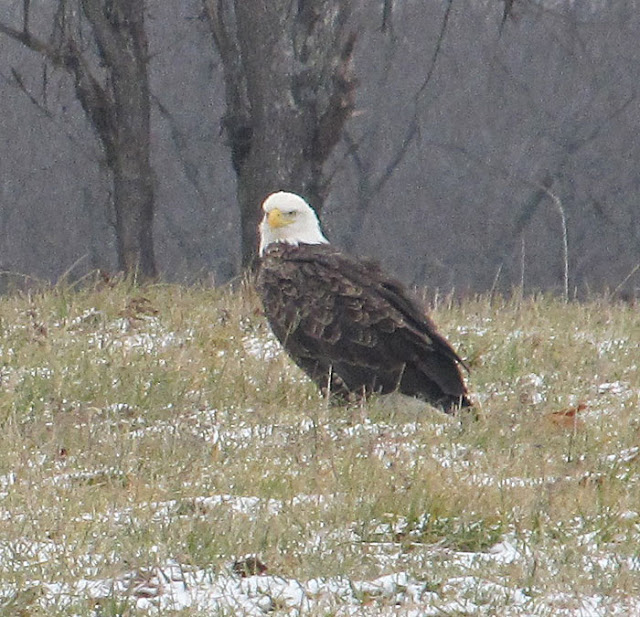 After snapping some pix, we returned to the house and called our local Missouri Conservation Department.  The agent Gary spoke to surmised that this bald eagle probably was unable to fly in the high winds.  He was probably waiting out the storm, on the ground and would take off as soon as the winds died down.

I wish there was something in the photos to give you a real indication of this bird's size:  BIG.  One of the largest birds of prey in the world, bald eagles have a 6 1/2 to 8 foot wingspan and are 3 to 3 1/2 feet tall.

Missouri  is one of the leading bald eagle states.  In the fall, thousands of bald eagles migrate south from their nesting range in Canada and the Great Lakes states to hunt around the open waters of Missouri's rivers and large lakes.

More than 2,000 bald eagles are reported in Missouri regularly during winter, but very few are seen around our area of the Ozarks.

Later that afternoon the winds did die down and our visitor was gone.