What You Need to Know About Leptospirosis 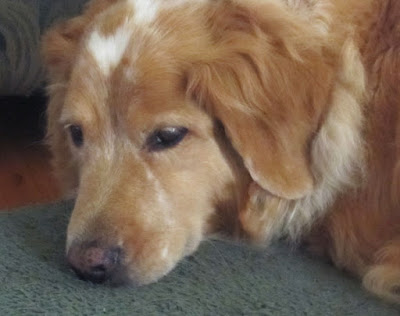 Since losing Jeffie to Leptospirosis (Lepto) and related liver failure, I now know more about Lepto than I ever cared to.  I want to share what I've learned so that, hopefully, it may save the life of another dog.


Leptospirosis is everywhere.
That's a quote from our veterinarian.

Leptospira bacteria can be found worldwide in soil and water.  Leptospirosis is more common in areas with warm climates and high annual rainfall but it can occur anywhere. avma

That means it can be spread from animals to people. Infection in people can cause flu-like symptoms and can cause liver or kidney disease. In the United States, most cases of human leptospirosis result from recreational activities involving water. Infection resulting from contact with an infected pet is much less common, but it is possible.

Rudy and Rosie are tired of me keeping a close eye on how much they're drinking, urinating, and the color of their gums because dogs are most commonly affected by Lepto.

Leptospirosis in cats is rare and appears to be mild although very little is known about the disease in this species. Common risk factors for leptospirosis in dogs residing in the United States include exposure to or drinking from rivers, lakes or streams; roaming on rural properties (because of exposure to potentially infected wildlife, farm animals, or water sources); exposure to wild animal or farm animal species, even if in the backyard; and contact with rodents or other dogs.

Jeffie became infected in his own backyard. Probably from partially eating  a rabbit he caught.

Dogs can become infected and develop leptospirosis if their mucous membranes (or skin with any wound, such as a cut or scrape) come into contact with infected urine, urine-contaminated soil, water, food or bedding; through a bite from an infected animal; by eating infected tissues or carcasses; and rarely, through breeding. It can also be passed through the placenta from the mother dog to the puppies.

Symptoms
Some dogs with mild lepto infections never show any symptoms at all. Some dogs have a mild illness and recover spontaneously. Others develop severe illness and death.

Jeffie had NO symptoms until overnight he became shockingly ill with weakness, shivering. He refused to eat anything, was reluctant to drink and seemed to be in great pain.

When symptoms do occur they usually appear between 4 and 12 days after exposure to the bacteria. Clinical signs depend on the age and health of the dog, environmental factors affecting the bacteria, and the virulence of the particular species (serovar) of bacteria that is present.

Signs of leptospirosis may include fever, shivering, muscle tenderness, reluctance to move, increased thirst, changes in the frequency or amount of urination, dehydration, vomiting, diarrhea, loss of appetite, lethargy, jaundice (yellowing of the skin and mucous membranes), or painful inflammation within the eyes.

First Lepto attacked Jeffie's kidneys, then moved on to his liver and, eventually, his lungs. Jeffie became jaundiced, continued to refuse food, was dehydrated, weak and lethargic.

Complications
The disease can cause kidney failure with or without liver failure.

Since the infection primarily affects the kidneys and liver, in serious cases there can be jaundice, which is a yellowing of the skin and mucous membranes. In dogs, it is usually most obvious in the whites of the eyes. Jaundice indicates the presence of hepatitis (liver inflammation) as a result of the destruction of liver cells by the bacteria.

His last day Jeffie had some minor nosebleeds. We force fed him and kept him hydrated, but the Lepto continued to rage and caused acute respiratory distress.

Leptospirosis can cause bleeding disorders, which can lead to blood-tinged vomit, urine, stool or saliva; nosebleeds. In rare cases, leptospirosis can also cause respiratory distress and acute pulmonary (lung) hemorrhage.

Treatment
Some dogs exposed to leptospirosis recover without medical treatment because they never show overt symptoms. Unfortunately, an untreated dog who recovers from the infection can become a carrier and shed the bacteria in urine for up to a year.

Dogs that become seriously ill with leptospirosis must be hospitalized to receive antibiotics and appropriate supportive care to control vomiting and diarrhea, and to provide hydration and nutrition.

Jeffie was hospitalized twice for a number of days so that he could receive IV antibiotics and hydration. He still refused to eat and had to be force fed.

Dogs with milder infections can be managed at home as long as the owner takes appropriate hygiene precautions when cleaning up urine. If your dog has lepto and anyone in your family develops flu-like symptoms, it’s important that you inform your family physician that a leptospirosis infection is a possibility.

Prevention
There is a vaccine for leptospirosis, but not all vets recommend it.  The vaccine carries a risk of adverse reactions and can even trigger the disease in some dogs.  It cannot protect against all serovars of Leptospira and, as we found out, the vaccine is not 100% effective.

If you live where infections are a problem, it's important to keep your pet away from ponds, slow moving water and standing or stagnant water.  Dogs exposed to potentially contaminated water sources or wild animals are at much greater risk than city dogs.

It took a week of hospitalization with daily lab work, xrays, ultrasound and more to finally get a diagnosis. Titer blood testing from the state vet school labs confirmed our vet's diagnosis of Leptospirosis.

Note: Titers may be negative in the first 10 days after initial infection, so many times additional samples must be drawn and tested to get a positive diagnosis.  In Jeffie's case, we spent a whole week not knowing he was suffering from Lepto.


Jeffie died in my arms as we were rushing to the vet. Probably from acute lung hemorrhage.

Sources: The American Veterinary Medical Association and Dane Frasier of Terra Veterinary Services.
Posted by Talking-Dogs at 12:30 AM