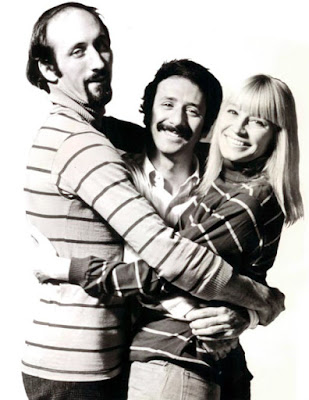 In this video Peter Yarrow explains that Blue is a children's song.  In the video you'll hear the first part of Blue sung as a folk song and then second part sung as a rock song.  Scroll down below the video for the lyrics and sing along!

Sit. Stay. Take a break to enjoy Blue sung by Peter, Paul and Mary.  Fetch more dog songs and music videos at Talking Dogs.  You'll be surprised at how many we've collected over the years.