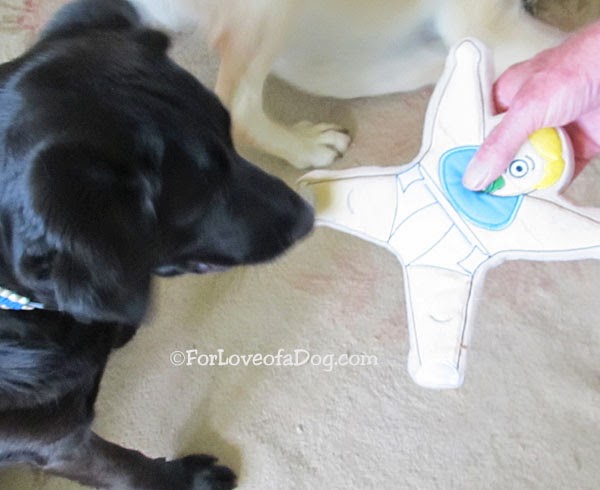 We tried to stir up some mischief by testing a new dog toy this past weekend.

We'd seen the Pride Bites dog toys on a number of pet blogs and thought they were super cute, especially the special customized PrideBites..

So when PrideBites asked if we'd like to give one a doggie test and review, we were delighted.


In no time at all, we received a Steven the Baby PrideBites dog toy. 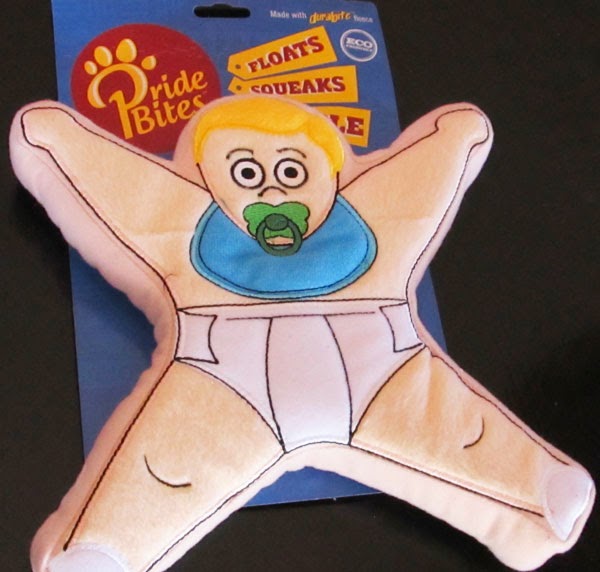 "Meet Steven, a festively plump Baby Boy PrideBites dog toy who's just aching to be your dog's new favorite companion.  He loves to play inside and outside, and when its time for a bath, just throw him in with your laundry because Steven is machine washable.  Like most babies, Steven also floats and squeaks..."

PrideBites dog toys are made of two layers of soft Durabite fleece with a rip stop technology sewn between the layers.  Their Durabite foam is light weight and retains its shape even after being in water.  Each toy contains a squeaker which is encased in an inner pouch for safety.
Made for active play both indoors and outdoors, PrideBite dog toys float, so they're perfect for water play, too.  Great for tug of war with their 55 pound pull pressure, they're made to withstand multiple dog play.

Out of the box I was impressed by how sturdiness of the PrideBites toy we received. Bright colors, soft fabric and cushy foam. 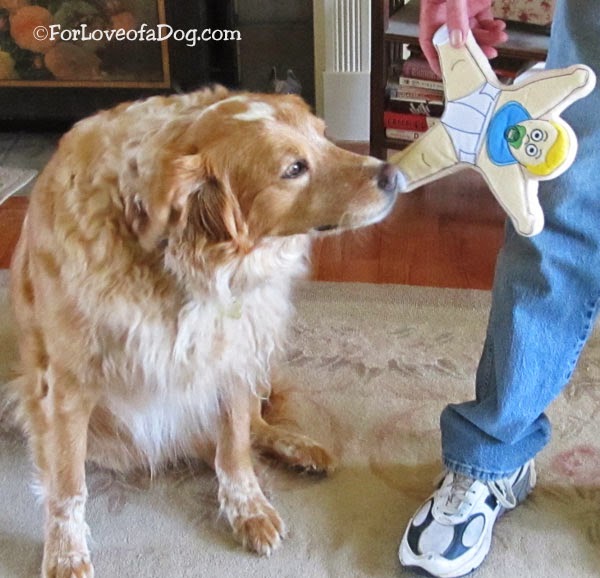 Jeffie and Rudy looked it over, but I'm not sure they understood it was a toy for them.  The sound of the squeaker was very soft. 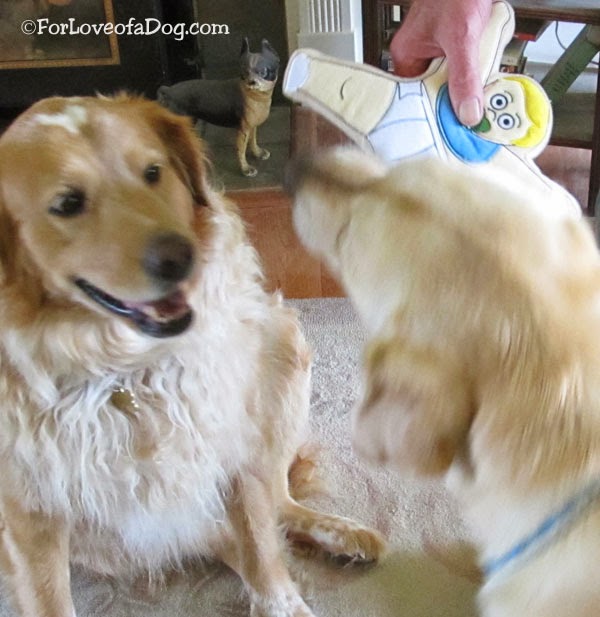 Rosie caught on right away.  She took great pleasure in checking out the construction of our Steven the Baby PrideBities dog toy. 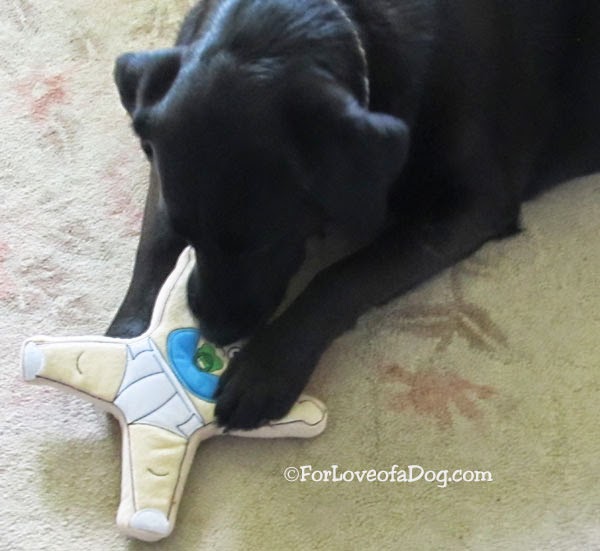 Rosie says PAWS UP for PrideBites and has claimed this one for her own. 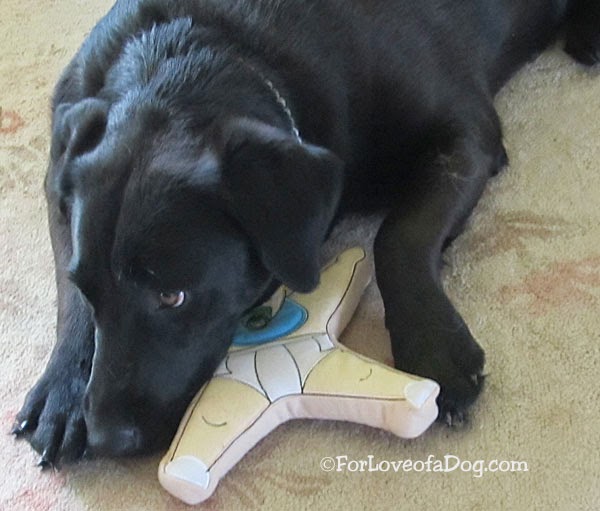 Talking Dogs is the official blog of For Love of a Dog Jewelry. 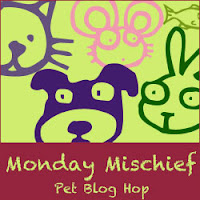 Thank you to Snoopy’s Dog Blog, Alfie’s Blog, and My Brown Newfies for hosting Monday Mischief!
Posted by Talking-Dogs at 1:00 AM